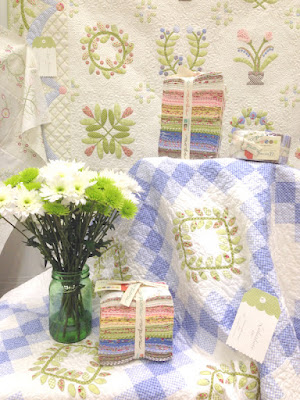 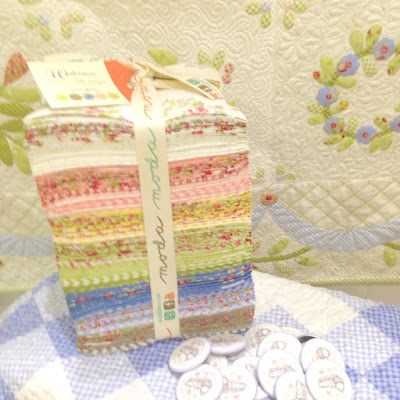 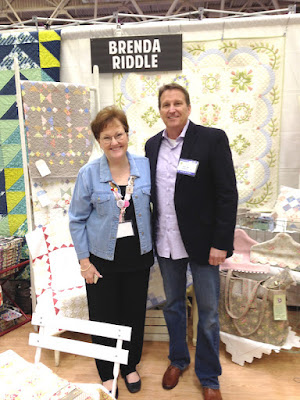 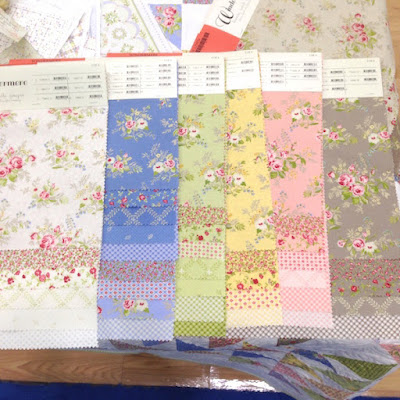 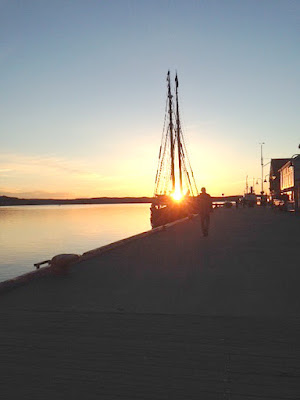 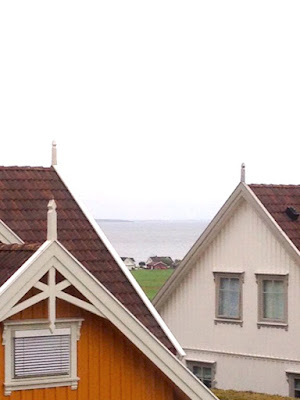 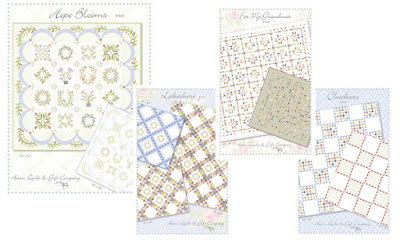 How sad... that I've not done a blog post for that long!

So how are you?!!! So much has happened, & even though in my mind, I think that I could spread things out over several posts... I know that I've failed on that one before, so I think I'll try & do a 'catch-up' post this time.

So let's see... I know that Bailey caught you up a wee bit about what it was like just before Spring Quilt Market, including introducing my new line for Moda, called Windermere. You can see the upcoming line by clicking 'here'. You can also see all the new patterns that are up on the website...

I guess to pick up right after the happenings of my last post, (& something I didn't write about because at the time, I wasn't sure what the outcome would be... & I'm not a fan of speculation)... about two weeks after I got home from last Fall Quilt Market (around mid-November), I fell & broke my left wrist. (& I'm a lefty!). That put the brakes on a lot that I had planned to do right after Fall Market, like some house projects (painting, room sorting...) At first they thought I either broke two bones, &/or I might have some ligament damage, but thankfully it appears it was just the bigger bone & the break was clean. Unfortunately, I didn't get any physical therapy until the end of March, & so any detailed hand work was out of the question. (I did though, get a lot better at being ambidextrous!) With all that happening, I missed the deadline for my next fabric line to debut at Fall Market, but it has been sent to Moda & will hopefully be not too far behind. I'll let you know when it will be shown to shops (hopefully soon after the new year)... (I promise!)

My second line with Moda, Windermere, did debut at Spring Quilt Market, & I'm excited about it arriving in shops in November. (you can see the entire line by clicking on the 'Windermere' graphic on the sidebar.)  One of the fun things about Market this past Spring is that it was in Minneapolis & my brother, Scott & his family lives there, & he got to stop by the convention center & got a peek at what this is all about. He said he was surprised at how big it was (& this was Spiring Market - which isn't quite as big as Fall Market), & I was just so pleased to have him stop by. (That's Scott & me in my space in Moda's Designer Studio in the photo above.)

After Spring Market, I was off to Norway! I had been looking forward to this trip ever since Fall Market when two lovely quilt shop owners invited my to come to Norway & do some workshops & trunk-shows. (Hi Åsne & Siw!!!) I had such a wonderful time... & that is something that needs its own post! So I’ll be gathering all my photos & will be back with those soon! (The first of the two photos of Norway in this post was taken at a bit after 10 pm!... gotta love the 'midnight sun'! The second was the lovely view I had of the Oslo Fjord that I had from my kitchen window.)

Until then, the new patterns are up on the website, both printed & PDF versions, & coming soon - some Ambleside (just in case you missed some) & Windermere pre-cuts. I just finished putting the finishing touches on my line for next Spring Market, & now that it’s sent in, I'm hoping to do some updating to the website... with some new items & a new look! I hope you check back to see!

Before I sign off, I want to thank everyone for all you enthusiasm about Ambleside. I have had so much fun seeing all the beautiful things you are making on Instagram  (including all the cute YouTube tutorials that Jennifer at Shabby Fabrics did using Ambleside!). It has touched my heart, & I thank you so much. Also, if you are following this blog, I want to thank you for hanging in there & waiting patiently for me to get my 'ducks-in-a-row' & start blogging again. It is one of my big goals to get much better at it!

I will be back with a few more special things from this past Spring Market... & Norway!!!