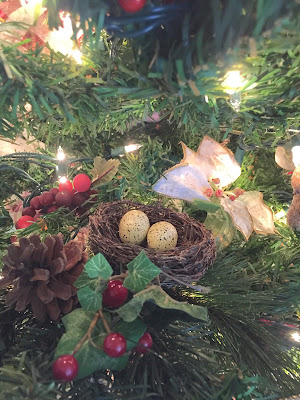 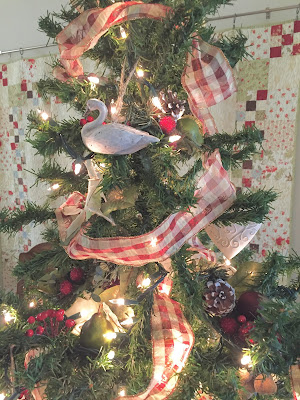 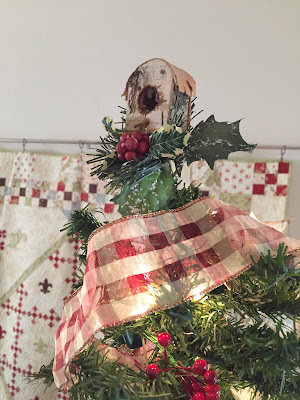 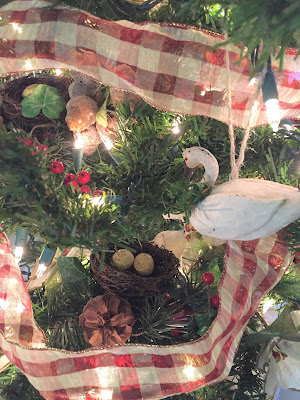 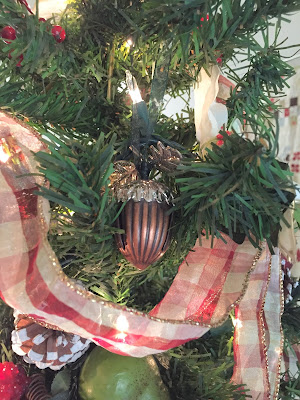 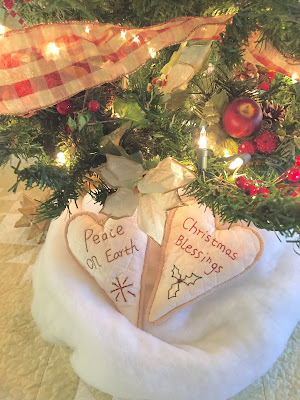 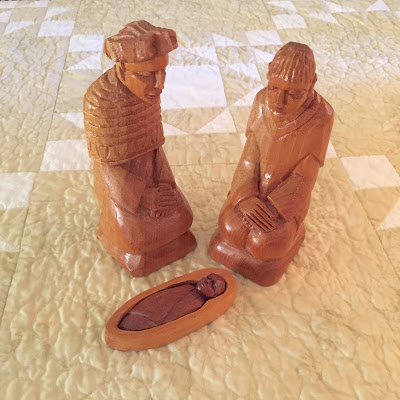 Living in the southwest, there are often years when I'm still wearing summer clothes (t-shirt & shorts) into the Christmas season - but this year we've actually needed sweaters for many of the days starting just before Thanksgiving...! I love that - as I really like having at least a little bit of a feeling of difference in the seasons. I've also noticed the leaves on our crepe myrtles are various colors of red, orange, & light green... so pretty & while so many of our trees stay green all year long - it's so nice to have a hint of a seasonal change.

Indoors, I've done a little decorating for the Christmas season. For several years, my Dad hasn't been to excited about having a lot of decorations up - so I've only done some boughs & some poinsettias. But this year - when I asked if he would like to have a tree up - Dad said he would really like that. (!)

So, I got out a little 4 ft. tree I have, but I didn't want to go overboard on the ornaments (some might be to sentimental for him...). I decided to use some of the more 'nature' inspired pieces I had... some floral picks & some with nests & pinecones, & berries... I also had one that had a little birdhouse - so I used it as the tree-topper. I finished it off with some gingham ribbon I've had for 'ages'... & some swans & of course, acorns!

I added a very special hand-carved nativity set that I got when I was on a missions trip to Guatemala. We were in a small mountain town called Barillas - & I purchased them from the man who carved them. I've had other sets - but this one is my favorite.

I've put the tree up on the large dining room table (that we don't use that often) - but it can be seen from so many places in the house, (& Dad walks by it every time he comes out of his bedroom...!). It sits in front of one of my Christmas quilts, & Dad has thanked me several times for putting up the tree & that makes it even more special. I've missed having a tree up... & this has been the perfect little touch for our simple Christmas decor this year.

As this season gets busier & busier, I hope you also enjoy the simple & peaceful moments.
For me, those are some of the best moments of the season.