Once again,
days seem to be passing so quickly! (Hi September.)
. . . I even lose track of what day of the week it is sometimes! (seriously, all day Thursday, I thought it was Wednesday. . .)
Except for working on shipping orders, I've not even at my computer hardly at all, so I decided to try a new app for blogging so that I could blog from my iPad. A while back, I had tried a different blogging app, & wasn't too crazy about it, so we'll see how it goes with this new app with this post.
Okay... so, to catch up...
The Needlework Market was wonderful! It was so fun meeting needlework shop owners, other designers, & there were even several quilt shop owners who attended (my dream shop! . . . stitchery & quilts!)
I did take some photos & I will post them in my next post.
Upon my return from Needlework Market, my days have been filled with filling orders, & believe it or not, I've been back to quilting! 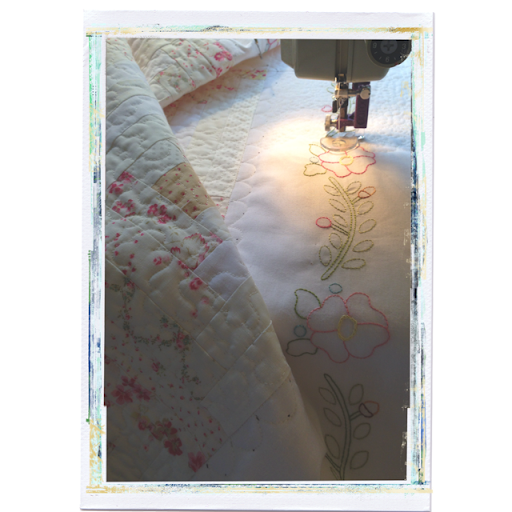 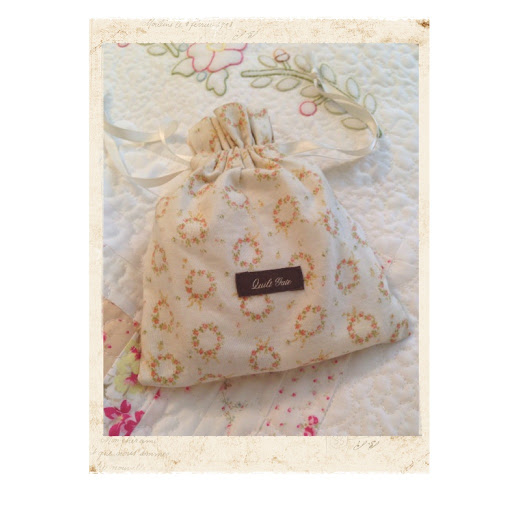 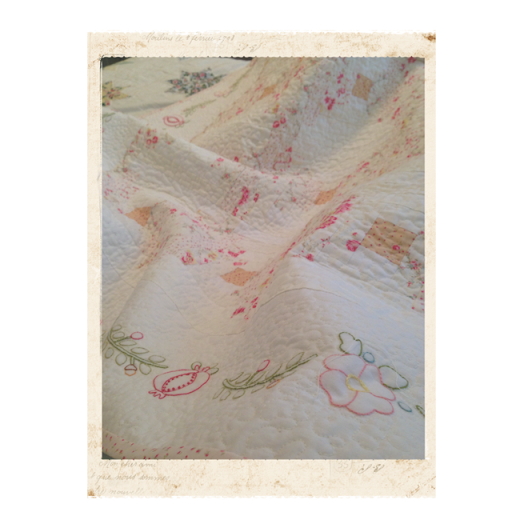 I've been quilting & binding the smaller version of a new 'farmhouse collection' quilt. It's called 'meriwether', & it's based on a courthouse step block with embroidery (or appliqué in a larger version) around the borders. I'm hoping to have the patterns ready by the end of next week, & good news (!) . . . there will be kits available for the smaller quilt (seen above). I'll let you know as soon as they are ready.
I've been loving getting to sit & bind a quilt... it is one of my favorite things to do. I actually get a little melancholy when I'm almost at the end of finishing the binding! For me, put on a good movie, & I'm a happy camper getting to sit & bind while I 'listen' to the movie.
One little bump in our daily routine has been that little Mr. Bailey has reverted to licking on his front left leg again . Even though he's been such a brave little boy with all the thunderstorms we've had this summer, & I think with my going away for Market, he succumbed to being a little anxious, & reverted back to licking on his leg. So... you guessed it... yesterday the cone had to go back on... 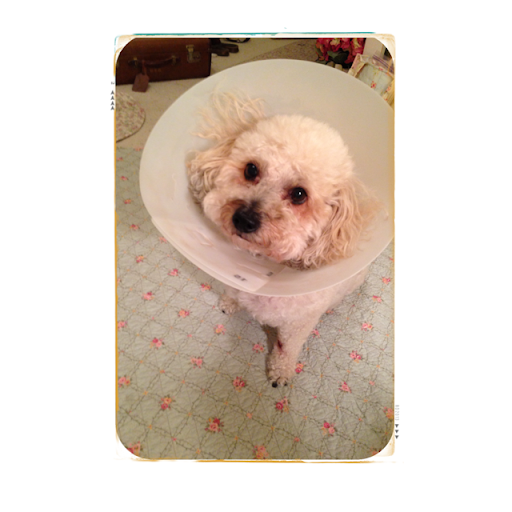 He's being such a good sport about it... He was even wagging his tail when I pulled it off the shelf & was putting it on his collar. It was as if he was saying, "Well hi there buddy!" So, with the addition of  a couple of drops of 'Rescue Remedy (a natural stress relief formula by Bach - Original Flower Remedies) to his water dish, we're taking it day by day with the cone wearing.
So, even thoug it feels like its flying by... life goes on here at home & in the studio... & I'm plugging away & will hopefully have new patterns posted.! Until then, take care, & thank you for caring.
xo, Bren
Posted by little acorns

Hi Bren:
I love the quilt you're working on in the photos, and send healing hugs to little Bailey. I hope his leg is good as new in no time!
xoxo
Donna

Like yourself, I am always sad to put that last stitch in the binding and label, usually watching a movie. Total enjoyment. I thought of you last night as PBS had a special featuring Alfie Boe. At least I think he is pretty special. Poor Bailey, he leads such a dog's life. So nice to read your posting this morning and looking forward to your newest kits!

Aw, poor Bailey! He looks like he's happy and doesn't mind the cone one bit! Your quilt is beautiful. Can't wait to see the whole thing! xo