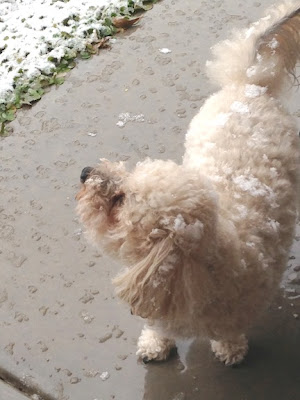 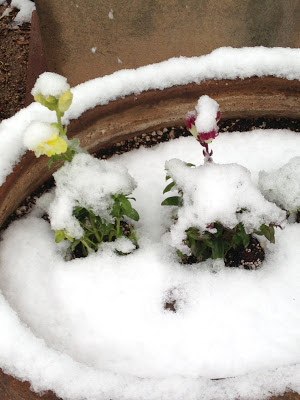 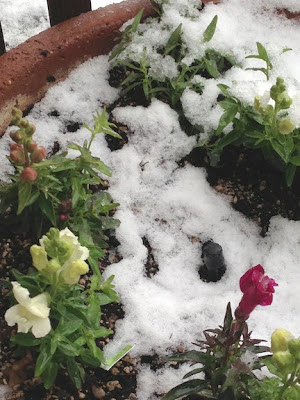 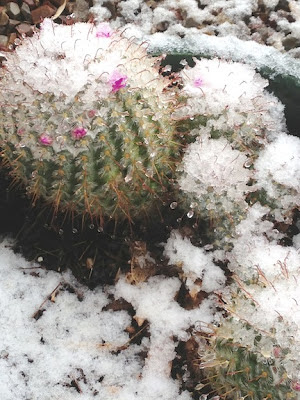 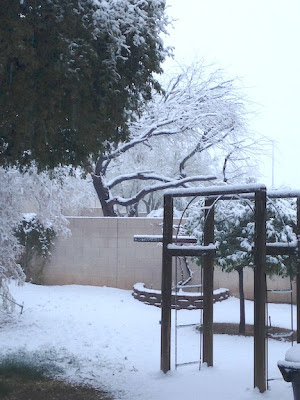 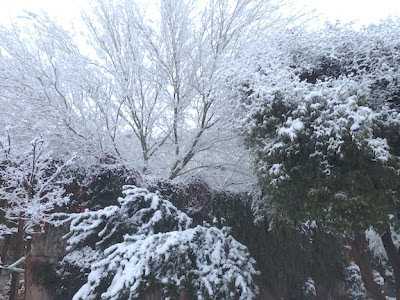 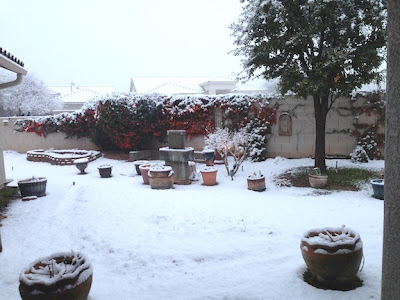 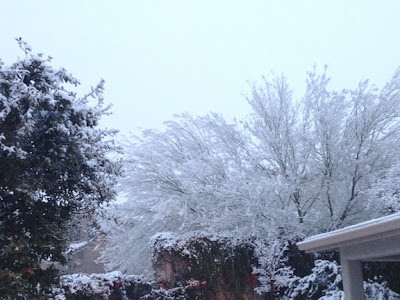 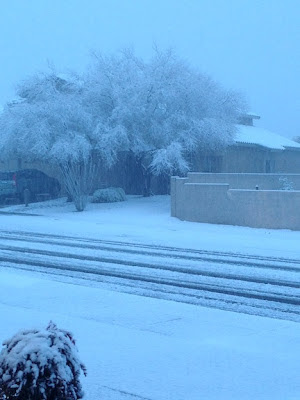 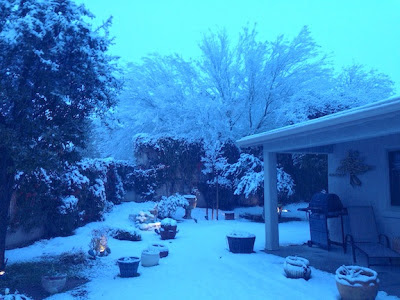 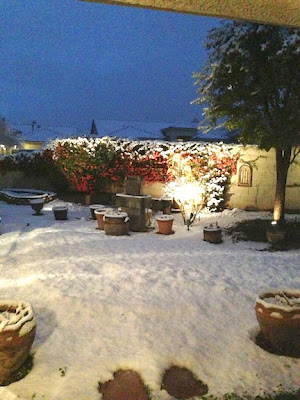 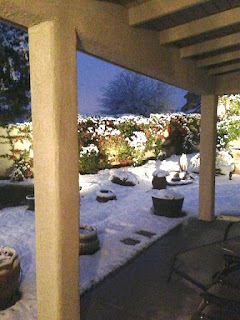 I know for the folks who get several feet of snow annually
. . . this may seem a wee bit silly.
But, we found the snowfall that we got today
to be quite magical.

It was mesmerizing.
As the sun was setting, I wanted to 'absorb' as much
of it's loveliness  as I could,
so I turned off as many interior lights as I could
& Bailey & sat at the window & just watched the big flakes,
& listened to the silence.
Then I peeked in on Dad & woke him from the little nap he was taking
(so he would be able to sleep tonight!). . .
& then he joined us.

It was a blessing. . .
truly magical.

Funny, isn't it? Something so fleeting is so lasting.

It's beautiful, and I'm jealous! Did you make a snow angel? xox

I take all our snow for granted. Thank you for reminding me how beautiful it truly is!